December 31, 2013
I've been enjoying the 2013 wrap up posts that have been popping up over the last week or so. So much to enjoy, learn from and inspire. Here's mine.

In February I  finally set up my own sewing blog, after years of lurking around the sewing blog world. I'd been blogging on my other blog, on gardening and cooking for ages, but I wasn't sure that I had the skill and workrate to underpin a sewing blog. I was also hesitant about maintaining two blogs (I was on the money there. Spades and Spoons has been rather neglected in 2013). Anyway, in the end, I decided to just do it. After all, we're not talking sheep stations here, right?

This year I sewed 6 pants, 12 tops, 6 dresses, 3 skirts, 1 jacket and 2 onesies (!). And numerous muslins that haven't resulted in anything.  Not bad, considering my slow sewing, and the fact that June, much of August and September were write-offs due to travel and illness.

My "Gold Star to Me" Award goes to....the Colette Truffle Dress I made for my daughter. 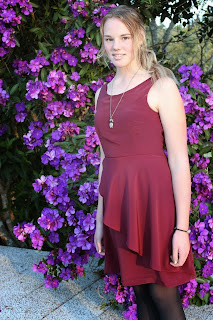 Despite the fact it was made from polyester, it ticked all the boxes. I nailed the fit, executed as well as I could, there is nothing about it I would change, and my girl looked good in it. What more can you ask?
The most popular post was the one I did on my Colette Patterns Peony, made in red wool crepe. But I felt far more comfortable in the black wool I made later, below. I think I did a better job of it, fine-tuned the fit and just felt that a black dress was more wearable than a red one. I really have to be in the right mood to put that red dress on. 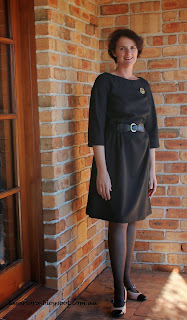 The most useful pattern of the year was Tessuti's Anita Ponti Pant. I made two of them, and my goodness me, did those pants get a workout this past winter. They were my default outfit, worn at home and out, I really had to make an mental effort to put something else on. Unfortunately, though, I didn't get a better photo of them all year. 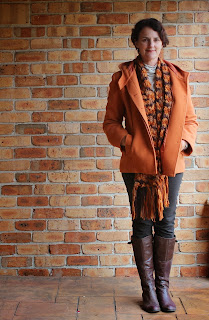 My failure was the Style Arc Billie. Not the pattern, just my execution and my failure to ditch the facings and bind the neckline. I tried to improve the look of the facings. They still look terrible. I wore this out once and got a tiny stain on the front which I haven't been able to shift, which may be the death knell. It is sitting in my "one day I will get around to doing something with this" pile. Maybe. Probably not. 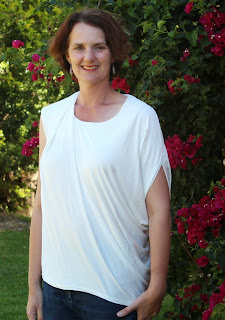 And lastly, the award for diabolical sewing goes to this onesie I made for my daughter. I expressed my distaste for this garment here, so I won't go into it again.

My favourite and least favourite garments were both made for my daughter. Which one got the most wear, by far? Yes, you guessed it. 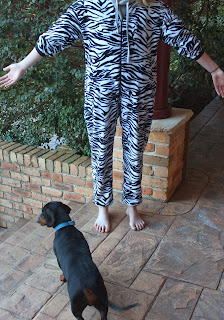 Looking back over 2013, I can see I that I stayed within my skillset pretty much, and didn't challenge myself all that often. I'm guessing that was in part because I wanted every project to be a success, so  I could write about it here. Sewing blogs need sewing content, right? And getting all psychoánalytical here, I wanted to show the blogworld that I wasn't a complete klutz with a sewing machine. That my skill was worthy of a blog. Whew, think I'll hop off the doctor's couch now.

Whatever, apart from the Billie, there weren't any other unwearables. This is a good thing on one level, sure, but I think it's also a sign  I've been playing it safe, sewing-wise. And I don't know about you, but I learn just as much from blog posts around the sewing community about failed projects as I do from the successes.

So in 2014, I think it's time to push myself a bit, do stuff that scares the heck out of me (lined jacket, anyone?) and just accept that there will be some more misses in my future. To that end, I will try, with every make to do one thing, even if it is just a small thing, that I haven't done before. I'm thinking shirring, inserting linings in dresses and jackets, bound buttonholes, sewing sheers and slinkies. The list goes on..and on.

So that's it for 2013. Thank you so much to everyone who has commented here in 2013. I still get a thrill to know that someone is out there reading my blatherings and has taken the time to give me some feedback. Being a lonesome sewist, who knows NO ONE else in real life who sews (apart from my mother) it has been wonderful to connect with people who get the joy in the possibilities that some fabric, a pattern, thread and a sewing machine create. What a fantastic hobby we have, hey? So much to learn, so much to enjoy, with so many people from every corner of the planet.  I feel very blessed indeed.

Here's to some happy sewing in 2014, everyone.
thoughts on sewing