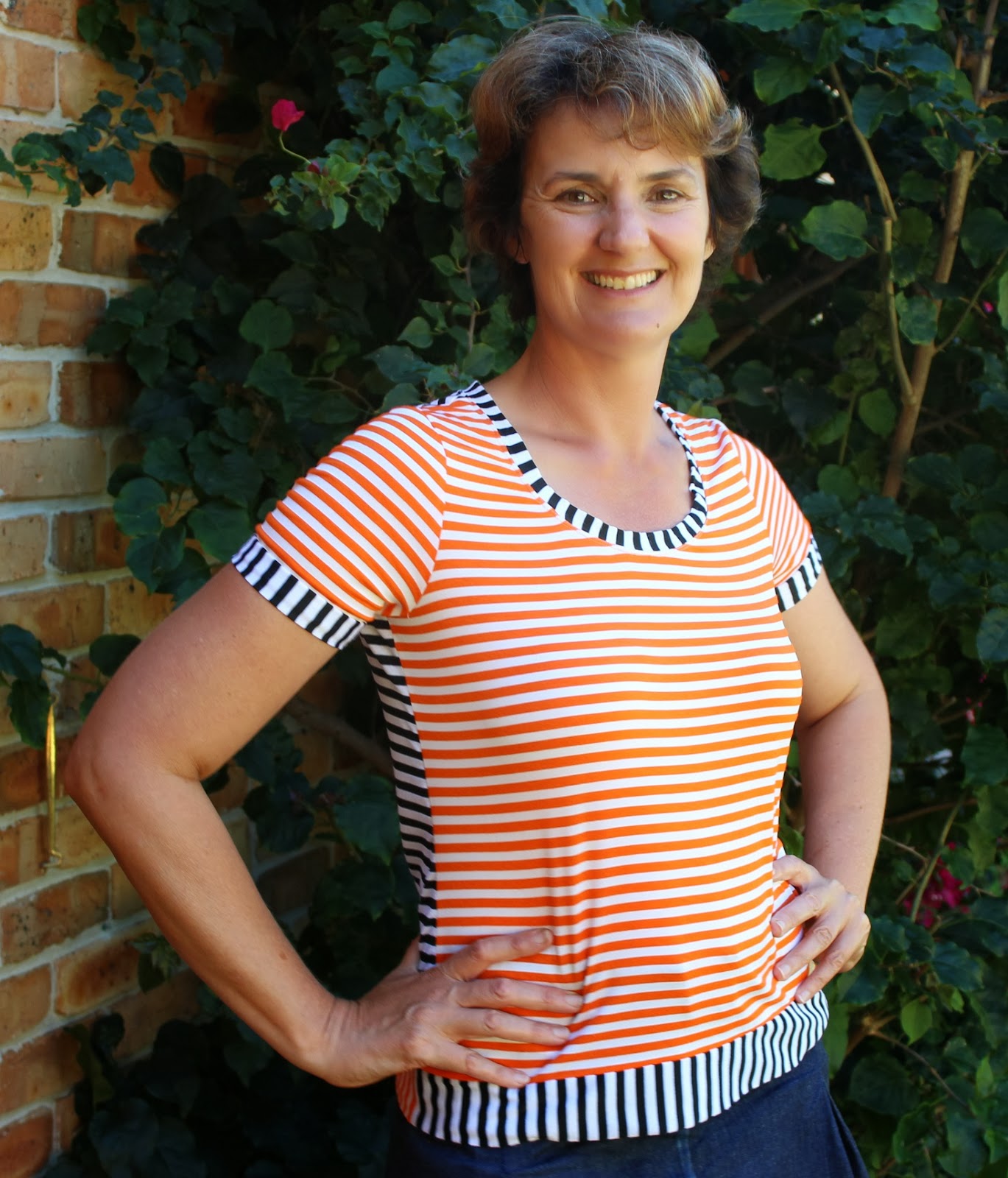 Last year sometime I bought 2 metres each of black-and-white stripe and orange-and-white stripe knit from Pitt Trading in Ramsgate. I made a Mandy Boat Neck tee in both, which left me with maddening remnants just shy of a metre. You know, too big to chuck, too small to do much with.
I have made the Sewaholic Renfrew multiple times now, mostly in pre-blog days, and it's become a TNT. I've made a couple colour-block versions of this pattern, as the cuffs, neckline and waistband all lend themselves to remnant use.
I thought I'd try out the Renfrew with my stripey knit remnants. I was prepared for a failure, as I wasn't sure that using the stripe on the vertical  for the bands would work, but I decided I was prepared to risk it.
A few posts ago, I was moaning about the fact that despite the Renfrew being a TNT, that the front was much longer than the back - 4 cm longer. Yep, tried but not too trustworthy it seems. I've analysed my pattern pieces, and I'm still no wiser as to why this happened. There was nothing for it in the end, but to chop off the excess. Actually, I don't mind the shorter length, so it wasn't a hassle.
The knit didn't have much lengthwise stretch compared to its crosswise stretch, but it didn't seem to matter. It all went together as well as normal.
Even though I'm comfortable with the fit, I constructed this on my conventional machine, rather than the overlocker. This is for two reasons: for one, I feel like I am more in control with the conventional machine.. For two, I don't like the feel of overlocked edges on t-shirts. I prefer to leave my seam allowances in knits unfinished, as I like the seam allowances soft. And they don't fray anyway, so why bother?
Here's the back... 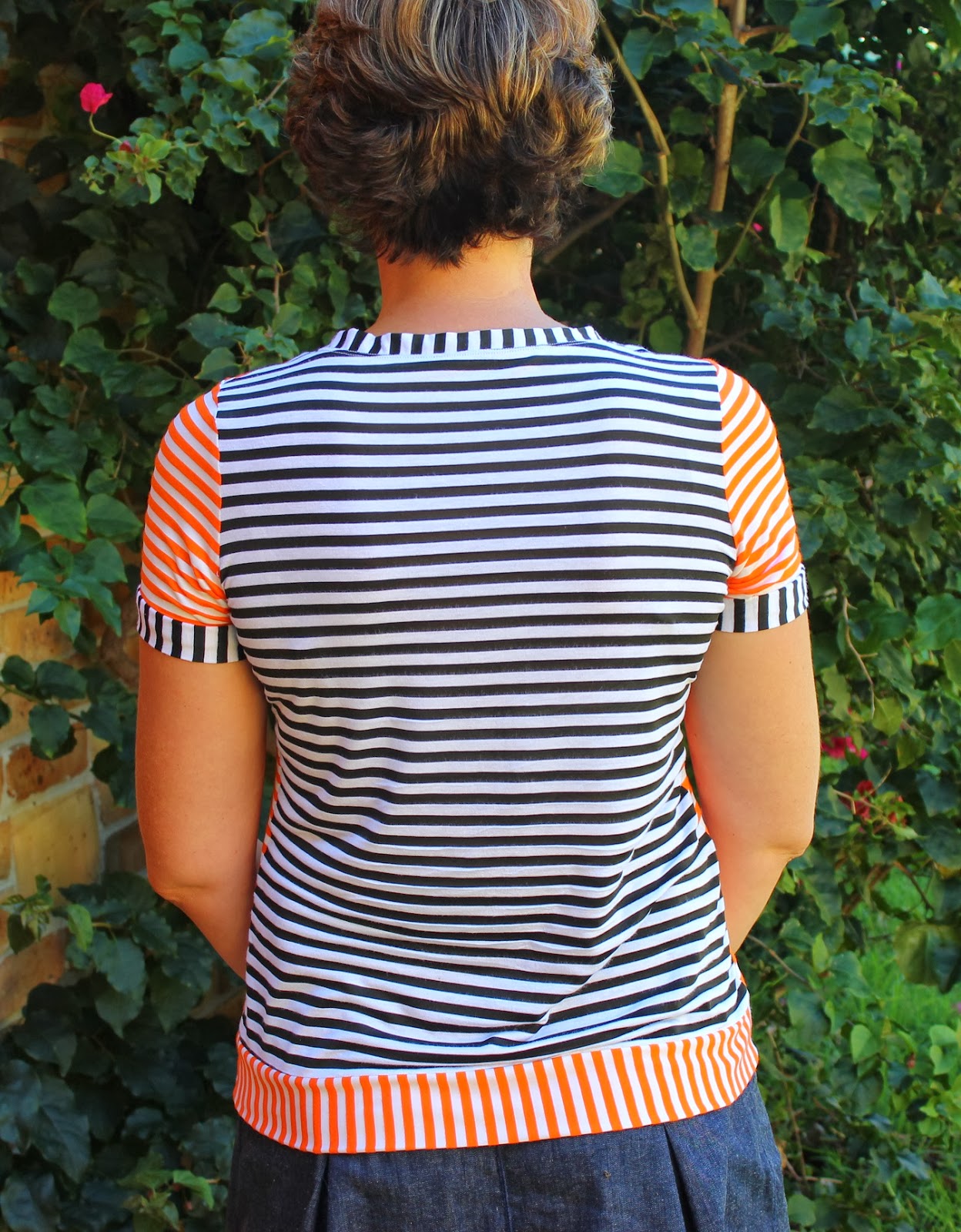 While I am in confessional mode, I also use a normal universal needle, as opposed to a ballpoint or jersey needle, and use a normal straight stitch, not stretch or zigzag. It does not seem to make an iota of difference to my sewing.  Anyone else found the same?

Anyway, I'm really happy with my stripey Renfrew. It suits me - casual, simple with a bit of a twist. Even my normally taciturn 15 year old son said, "Looks good Mum".

And now for the gratuitous dachshund shot... 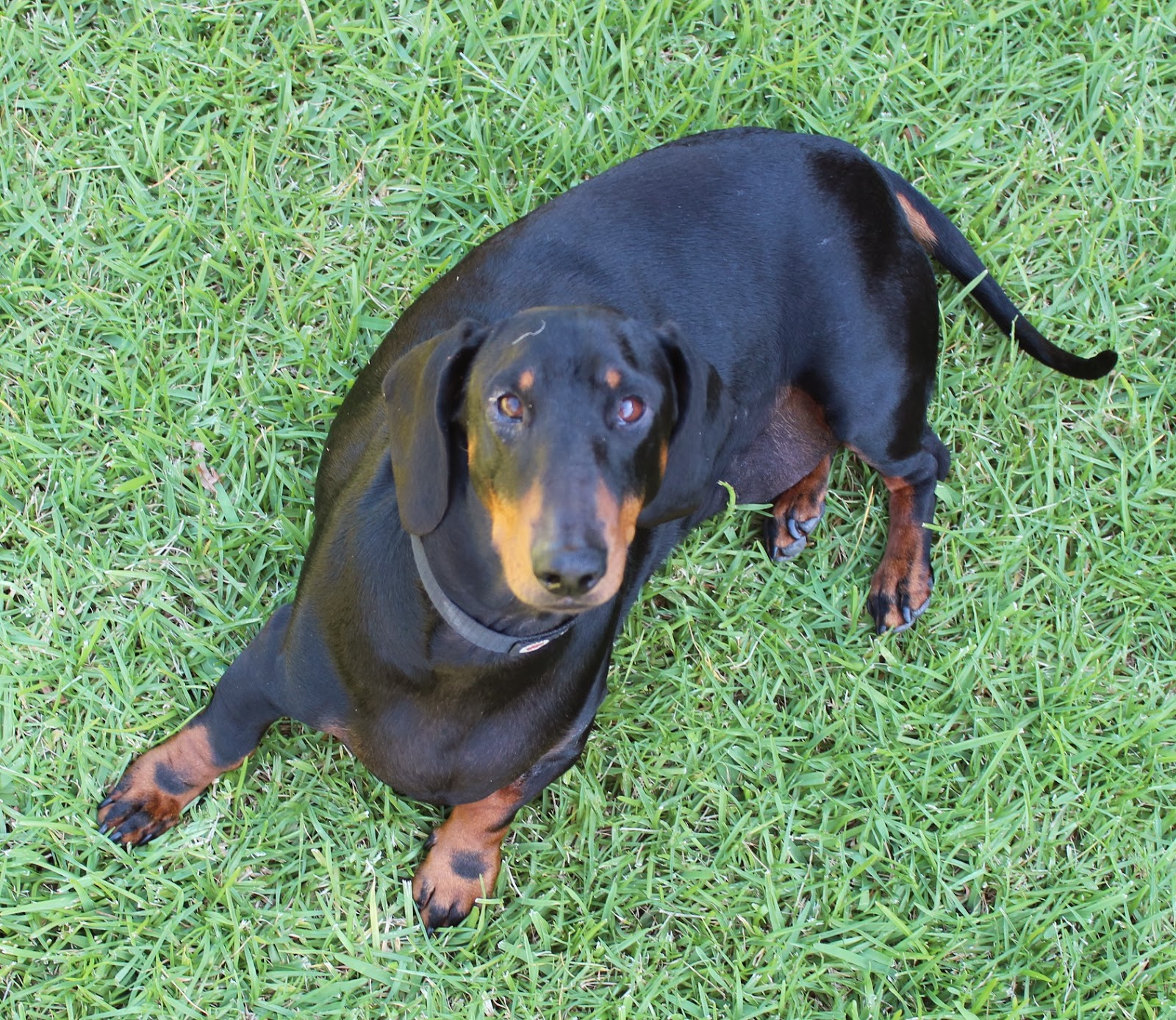 Made by Me Sewaholic the dachshund tops