March 23, 2014
This make has been like a pebble in my shoe for so long, hovering around the sewing table saying "Make me, make me!" for a good six months.
The first time I got the pattern pieces out of the envelope was when I thought this would be a good dress to wear to a high school reunion. That was in September. Then I got sick, and wore my black Colette Peony dress instead. Since then, it has sat there, waiting for me to locate the right fabric for a summer version of this dress. This took me a while.
I thought it had it sorted after I made my Burda black linen dress. I really thought the remnant of lightweight black linen I had left would cover the lower band of the dress. After I bought the red and mauve linen, and set to work, I realised I didn't. I didn't really want to make a narrower lower band, which was one option. So I returned the pattern to the envelope and let the project simmer for a while.
It wasn't until I was idly flipping through a recent Threads magazine, that I had my "a-ha!" moment. |(And don't a-ha moments come when you are idly flipping through magazines or netsurfing?) There was an article on slot seams that I thought would be perfect for this project.  Finally, all systems were go.
Here's the dress: 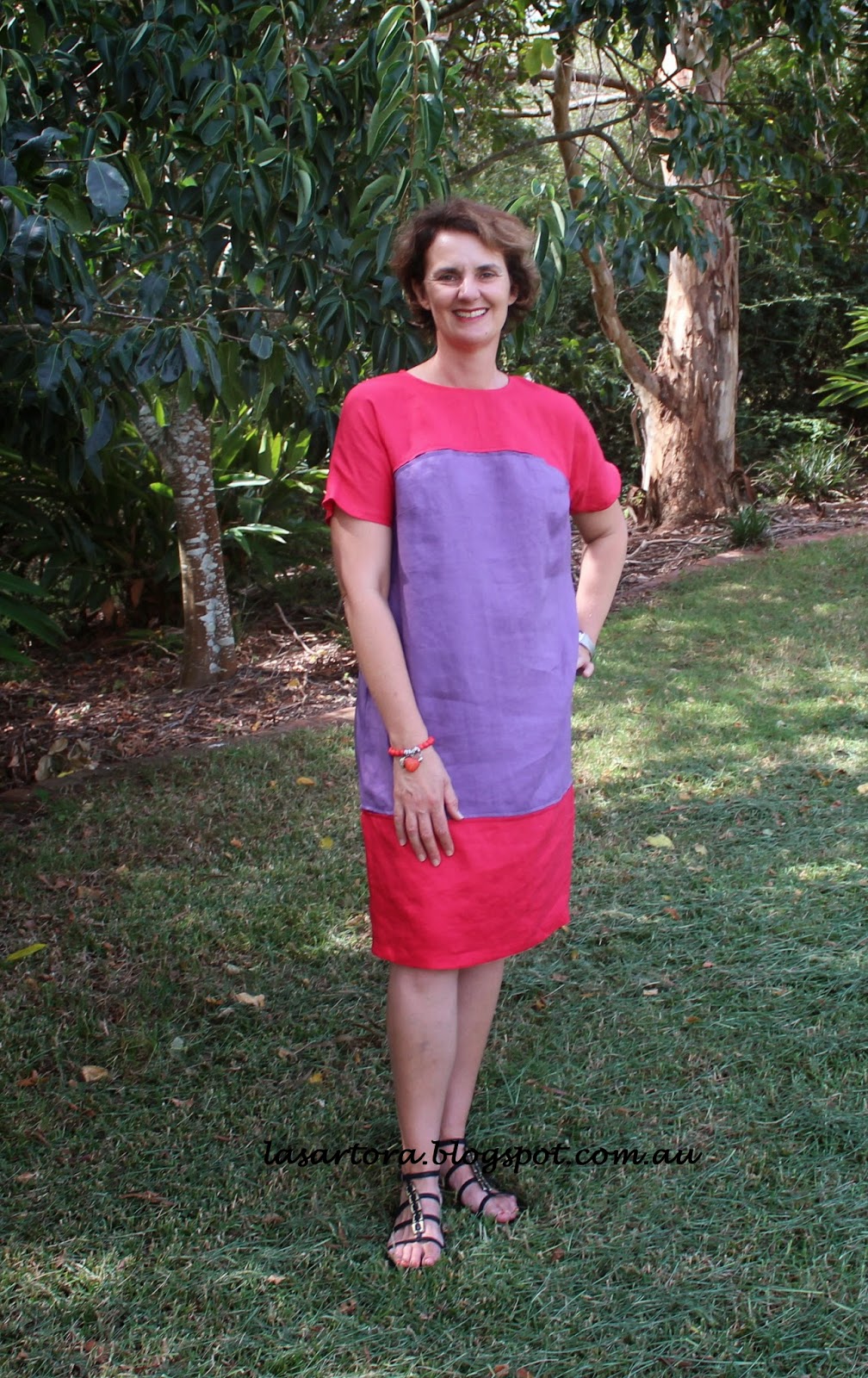 This pattern is a simple make, really, so I would recommend it to relative sewing novices. The pattern provides separate pattern pieces for each cup size, which gets around having to make bust adjustments. I made used a C cup piece, according to the Vogue measurements, although I normally wear a D cup. It seems fine to me. Apart from that, I lengthened the middle section by 5 cm, my standard length adjustment.
As for the slot seams, here's a close-up shot of how they look: 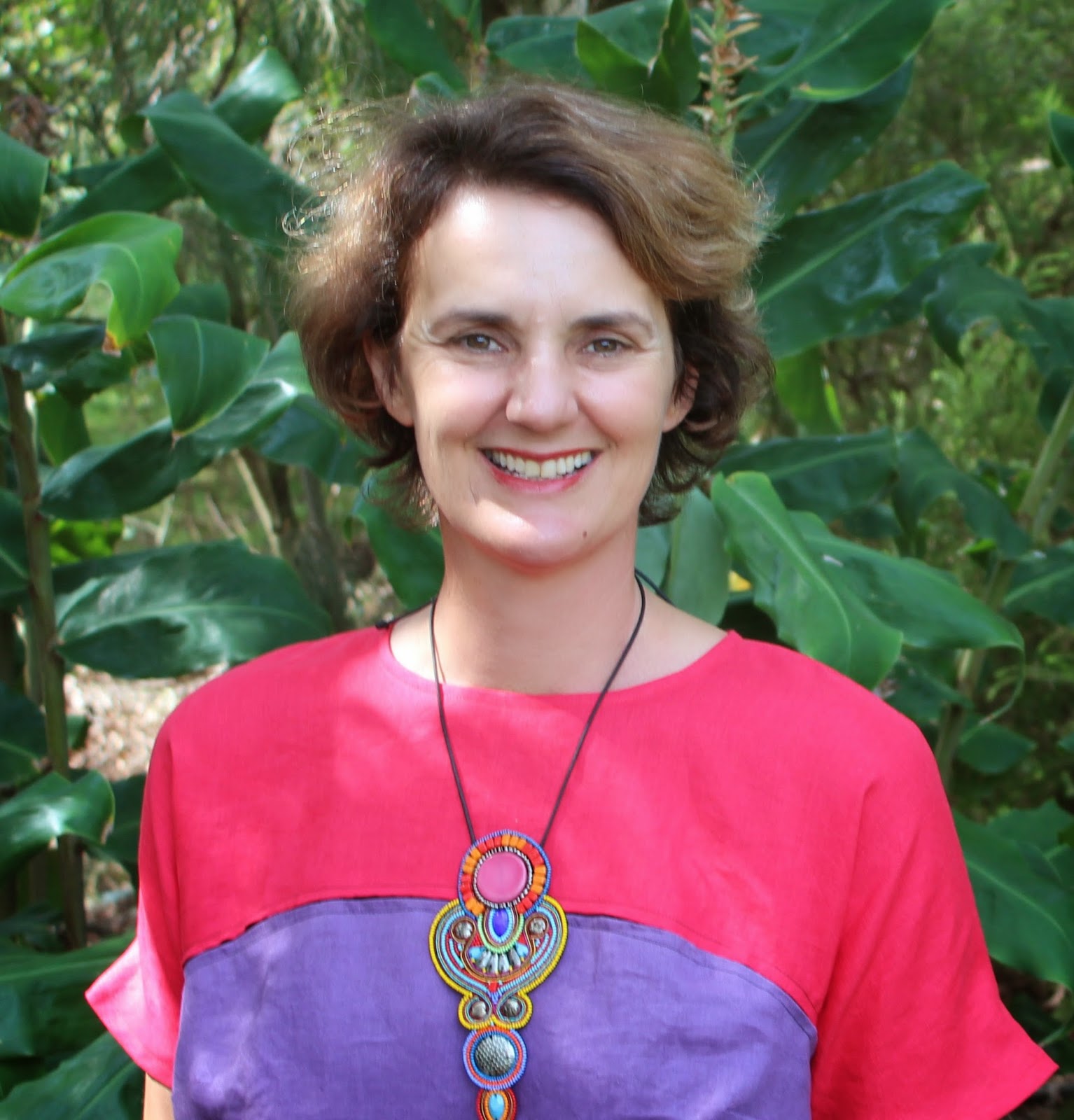 Yeah, subtle. A bit more subtle than I envisaged. I wanted to see a bit more of the black showing through. The black linen is there, all right. You just have to squint to see it.
How did I make the slot seams, anyway? I read a few sources, including the Threads article, and came up with my mash-up method. If you're interested, here it is (this is as much for my benefit, as anything else, as an aide memoire). Okay:
Voila!
Despite the slot seam experiment not working out as I had hoped, I am quite happy with this project.
An aside: this project reminded me how rubbish I am at certain types of handsewing. I made the slit at the back, covered a button with red linen, and proceeded to make a hand sewn loop as the button hole. Three times I did this, three times I ripped it out because no matter how slowly and methodically  I did this, the loop was lumpy-bumpy. In the end, I just used a hook and eye. I'm rubbish at sewing them on too, but no one has to see the lack of handiwork on those, do they?
dresses linen Made by Me Vogue