May 18, 2014
When Colette Patterns released the Mabel  pattern a month or so ago, my thoughts were "Straight skirt in a knit. Move on." Not much there to interest me, but then I bought a remnant of digital Ponti knit fabric during my flying visit to Tessuti a little while ago, and the pattern became a lot more interesting, as I could really only get a straight skirt out of the remnant.
Still I debated buying the pattern. I have a skirt sloper and how easy would it be to adapt? In the end, I bought the pattern because 1) I'm too lazy to do even the small amount of patternmaking that would entail and 2) my daughter expressed mild interest in making the pattern as a first sewing project. 2) especially sold me. But first, of course, I had to give the pattern a try... 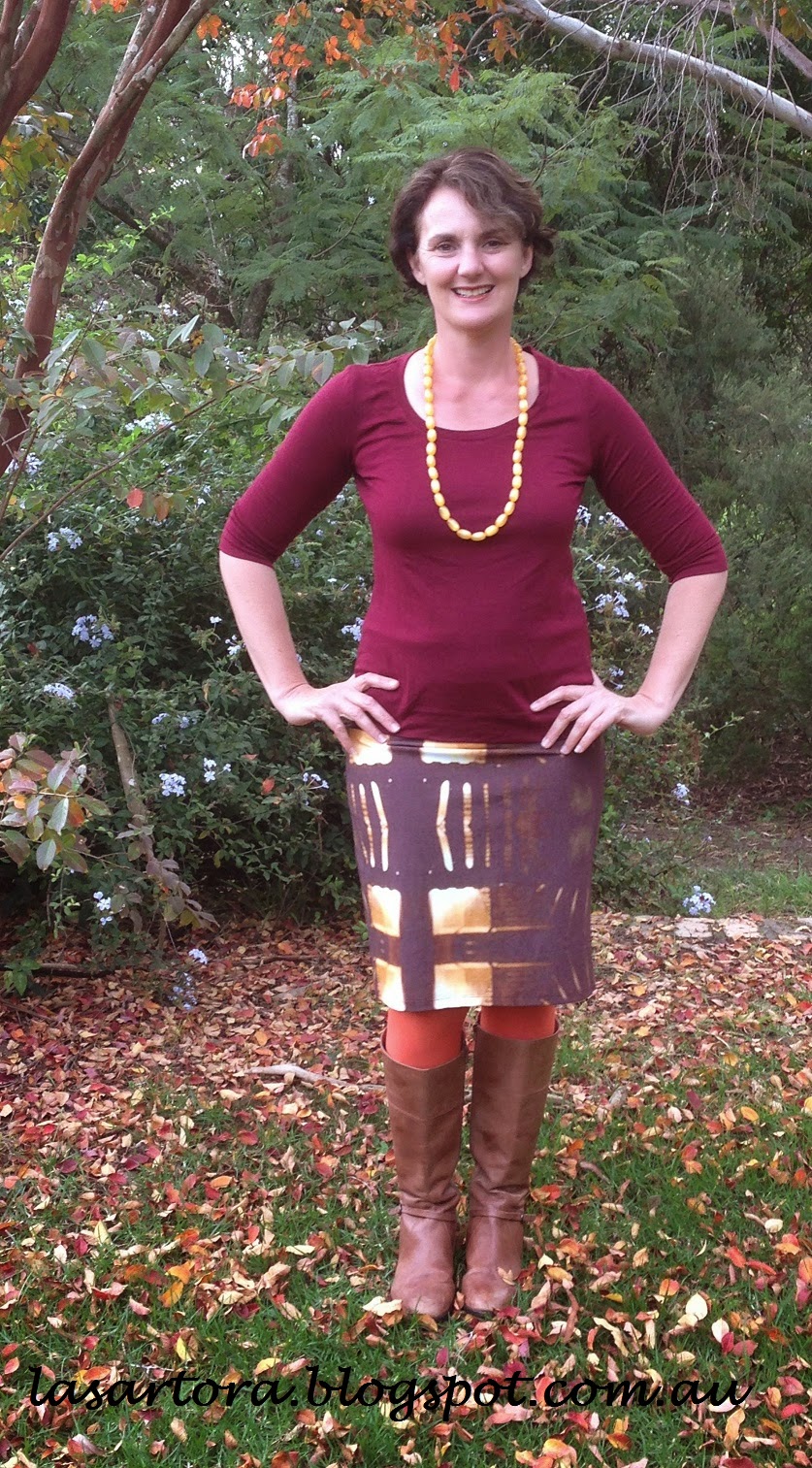 There is not much to say about this skirt. It is a straight skirt with a contoured waistband. The pattern has three variations. It's drafted short with the Colette Patterns target market in mind. I'm happy to acknowledge I'm not in that market- I added 15cm (6") to bring this pattern to just at my knee. I cut the size according to my measurements and it was pretty much spot-on with regard to ease. 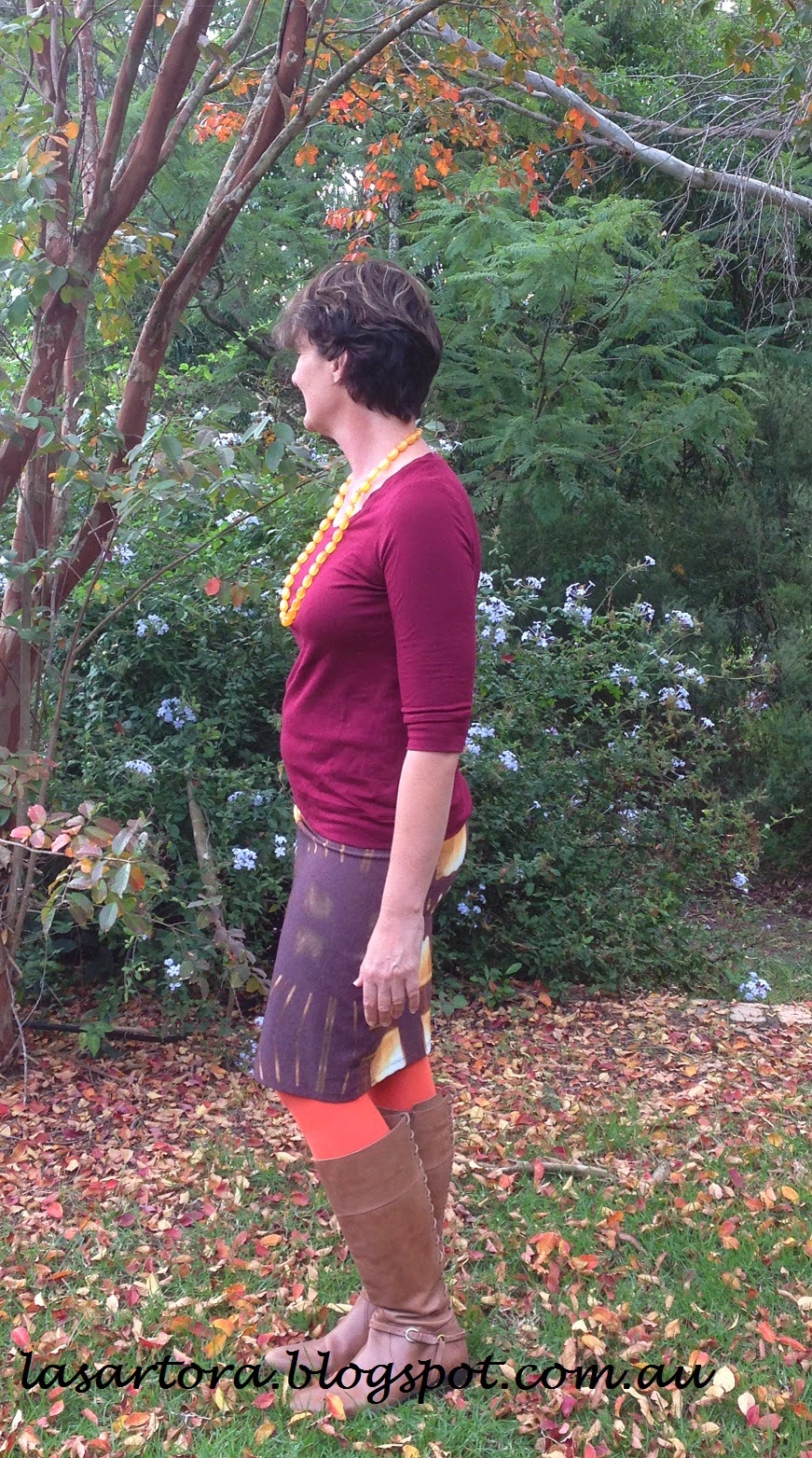 Colette claims you could make this in an hour or so. I don't think this is an exaggeration. I made this in a couple of 15 minute sessions over a few days totally on the overlocker. The most time I spent was on figuring out the pattern placement - I'm pretty happy with what I ended up with. 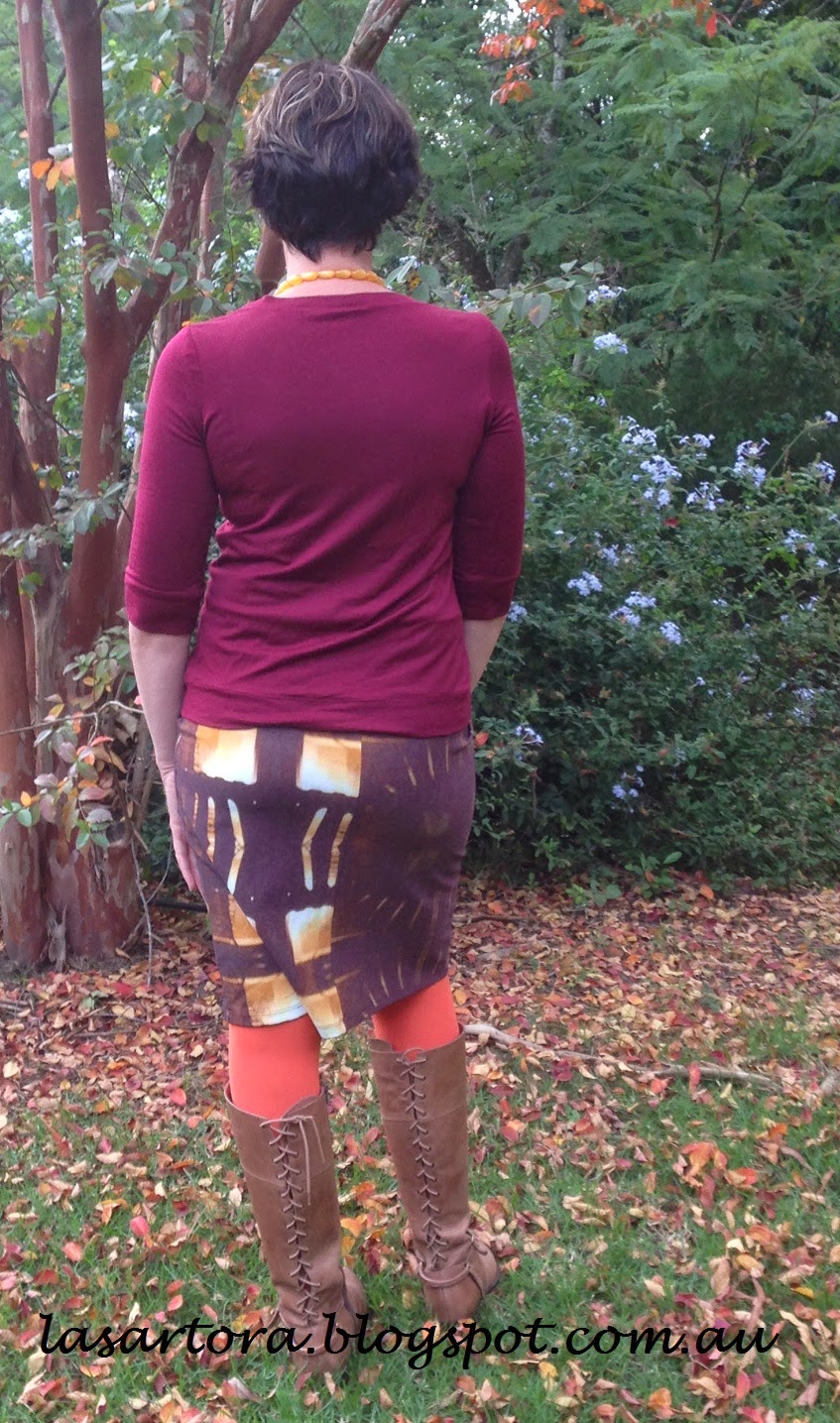 I've never worn a knit skirt like this before - it certainly helps you confront your curves. And it is super comfy. I plan to make a few more of these. 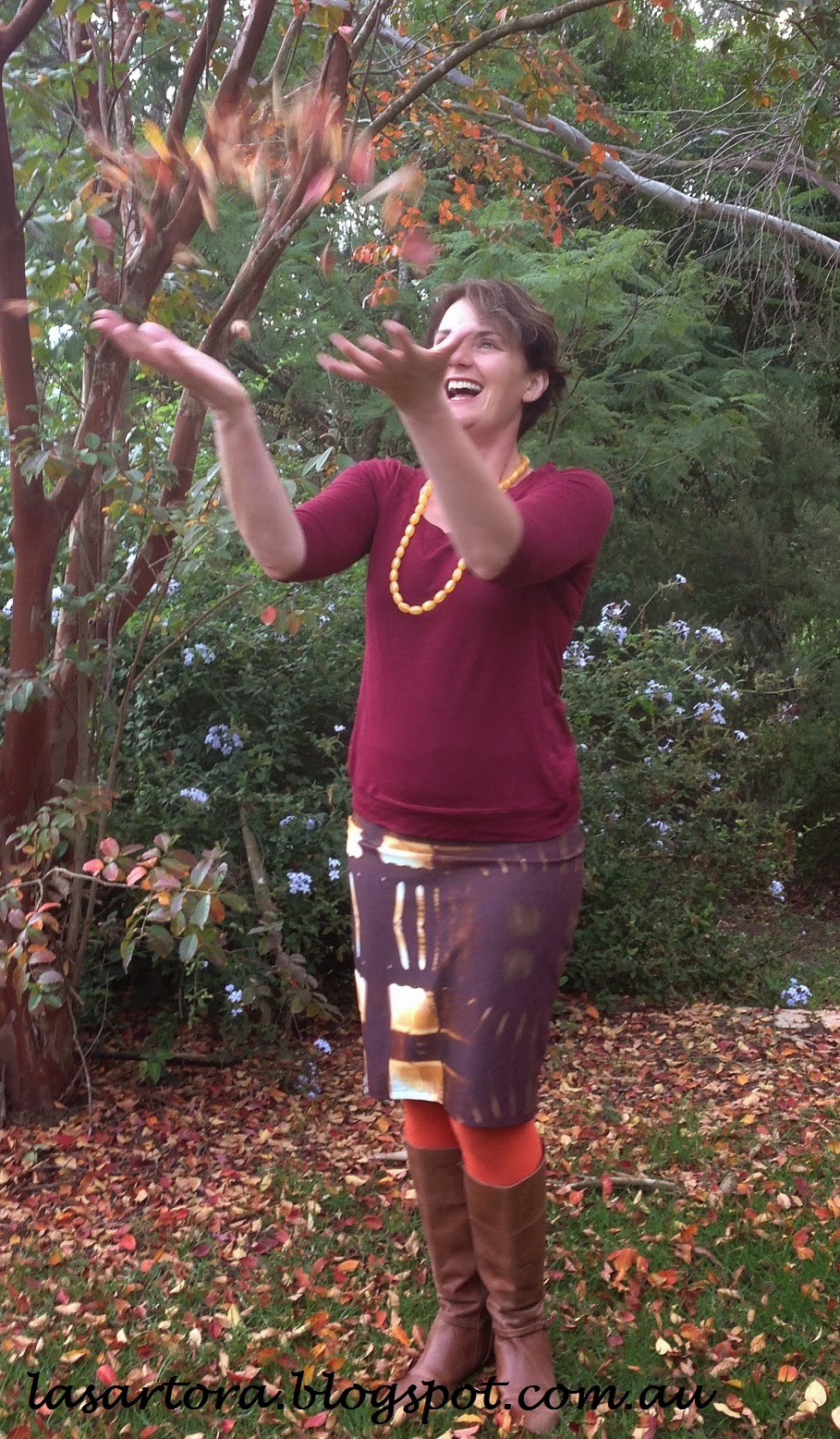 I love the autumn colours - in my garden and in the outfit. Worn with a Sewaholic Renfrew in merino wool.

Colette patterns Made by Me skirt