May 04, 2014
After the frustrations of the Gabriola skirt, and the comedy of errors that was my experience with the Olivia Oversized Tee, finally (all self inflicted issues mind you)... I've brought a project to a conclusion with a minimum of drama. (Well, there has been a bit of drama. More on that later). 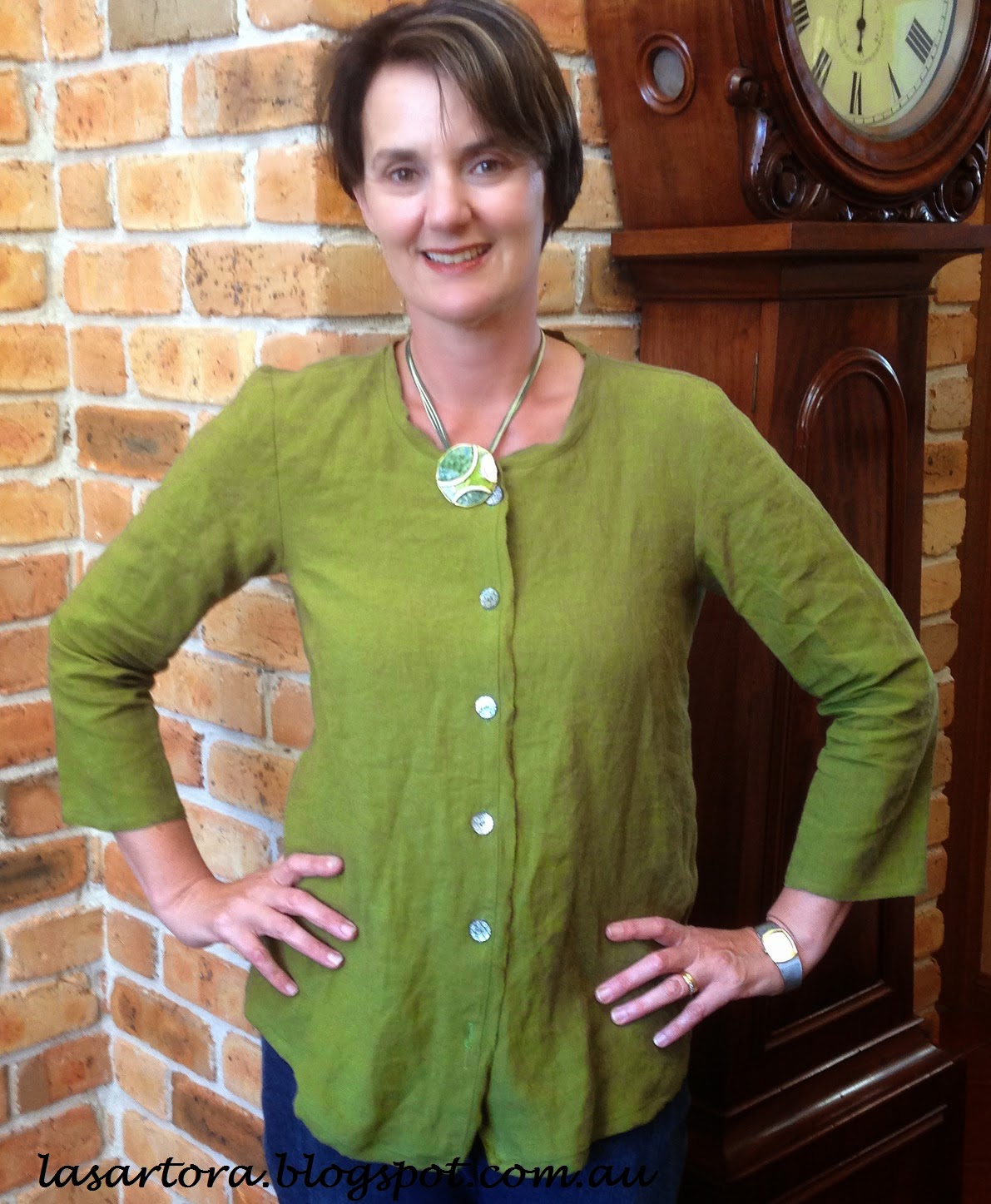 This is the recently released Tessuti Silva Shirt Jacket, made in Wainscot Vintage Wash Linen in Moss, also from Tessuti. I purchased the fabric in the Christmas online sale, with the intention of finally making a jacket from Burda February 2009. I've been wanting to make this jacket ever since 2009. 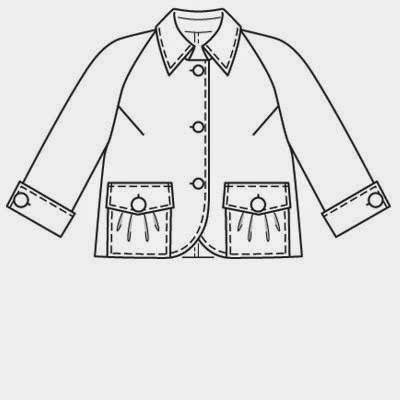 I saw the Silva pattern and changed my mind. I don't think I'll ever get around to making that Burda jacket.

I cut a size 12 based on my high bust measurement of 92cm. Measuring the pattern, I estimated that the ease at full bust to be about 15cm on me. I muslined the pattern, and while I reckon I could have gotten away with not doing one, I made a small FBA, mostly on the basis that I've never made an FBA adjustment that I've regretted. In the end, it was a good decision. I also adjusted the sleeve to accommodate my biceps, and made a small swayback adjustment. I lengthened all pieces by 5cm. All in all, my standard suite of adjustments.

The jacket went together really quickly, and after chasing slinky fabrics around my sewing table over the last few weeks, it was great to deal with a fabric that behaved itself. This was the first time I used the Vilene tear-away stabiliser around the neckline that Tessuti prescribes, and it does a nice job of well, stabilising. And not expensive at $2 a metre.

I think this is a great pattern. It is a simple shape, with three main pattern pieces, but not at all shapeless. It has a pleasing amount of ease - nicely fitted through the shoulder with more ease through waist and hip. And I really like the bias strip trim all round.

It occurs to me that this is the shirt/jacket that would be really useful when travelling. You can wear this on its own, or over a tank or dress. It's sufficiently loose to be cool in hot climates, with a good amount coverage against the sun. I wish I had a few of these when we went to Vietnam and Cambodia last year. 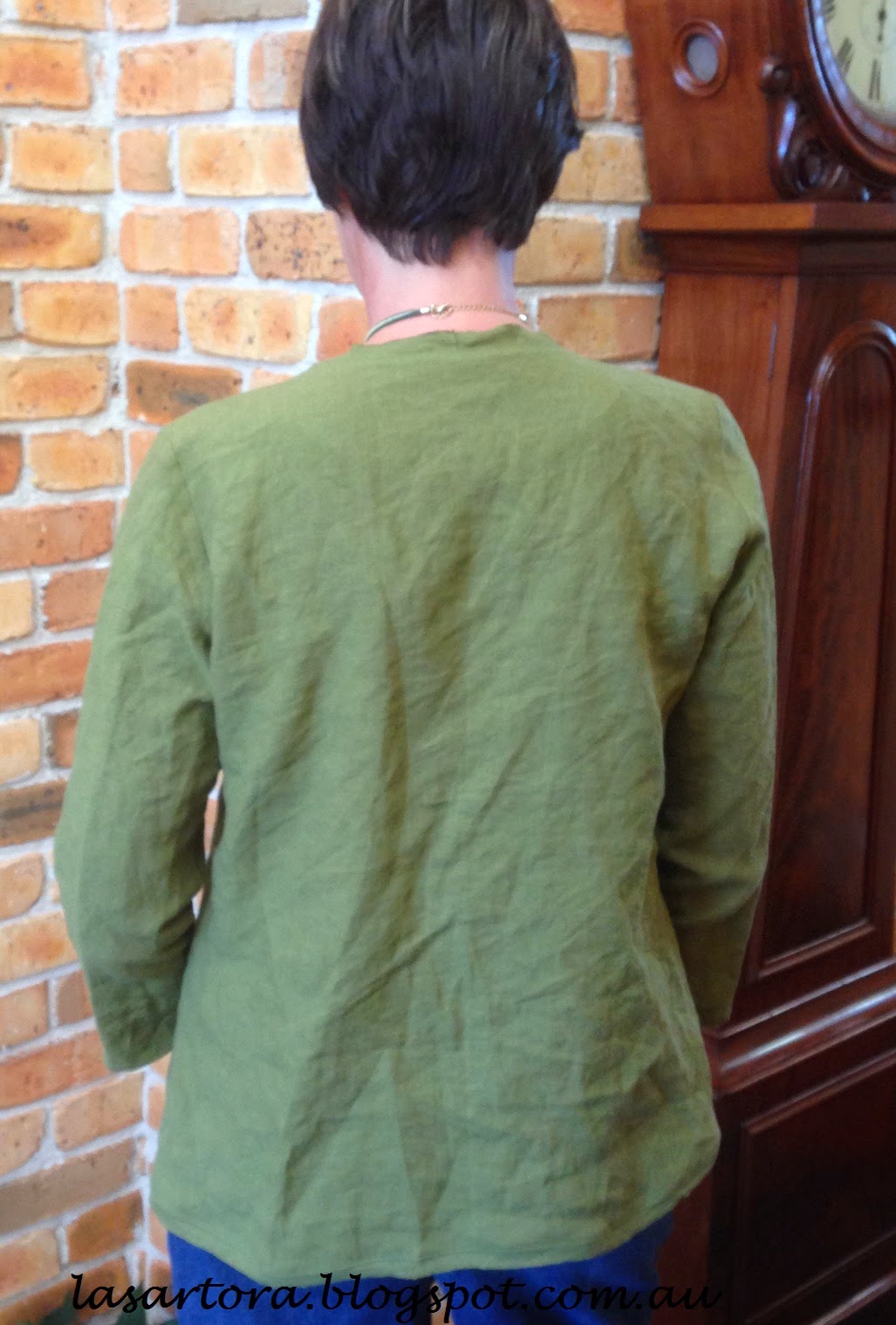 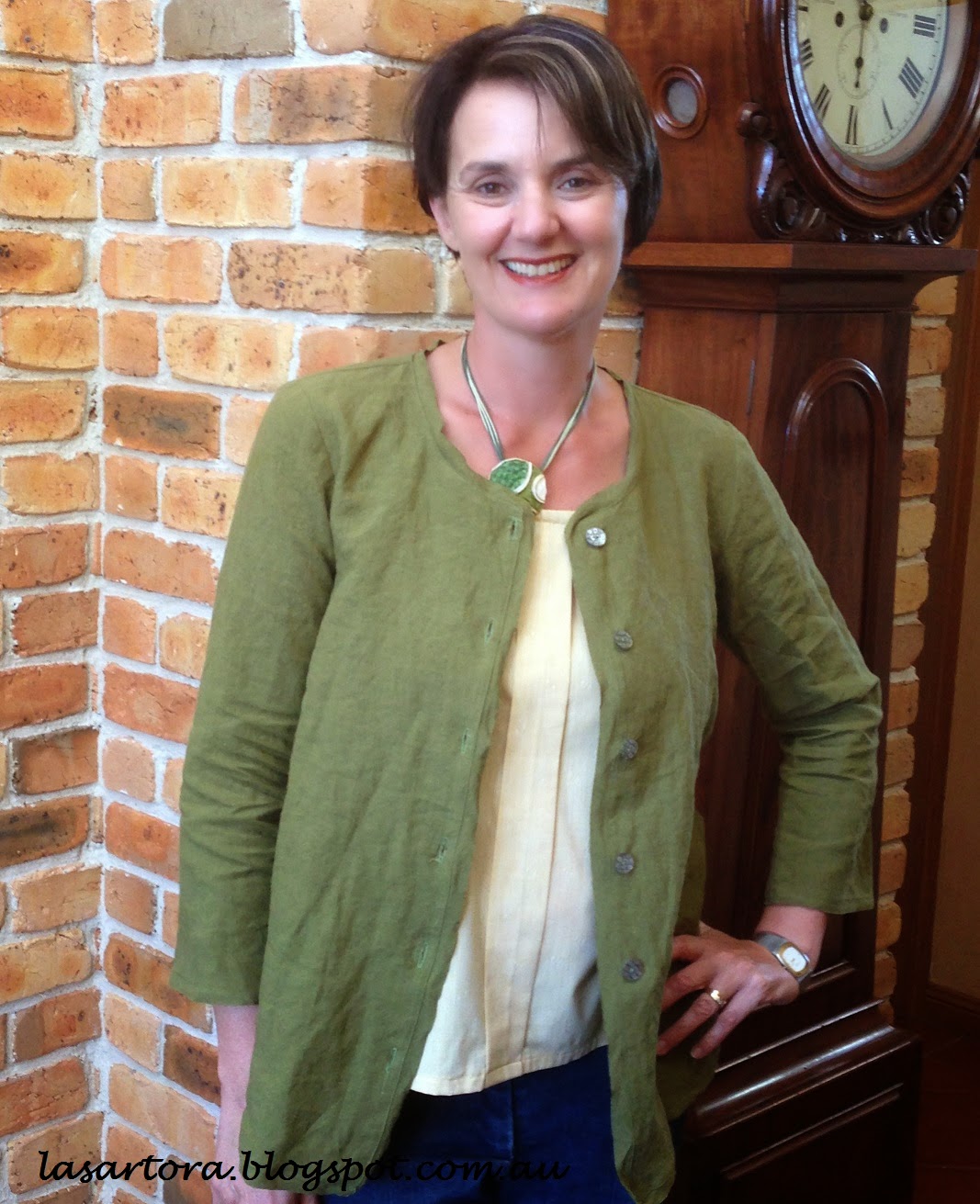 Over a Sorbetto tank, made in pre-blog days

So what's the drama? I used my bargain French buttons from a few posts ago. I had six. I made six buttonholes. Somewhere between sewing room and living room, one button seems to have dissolved into the ether. Logic tells me that it must be somewhere out there, but despite looking, I haven't found it.


linen Made by Me Tessuti tops