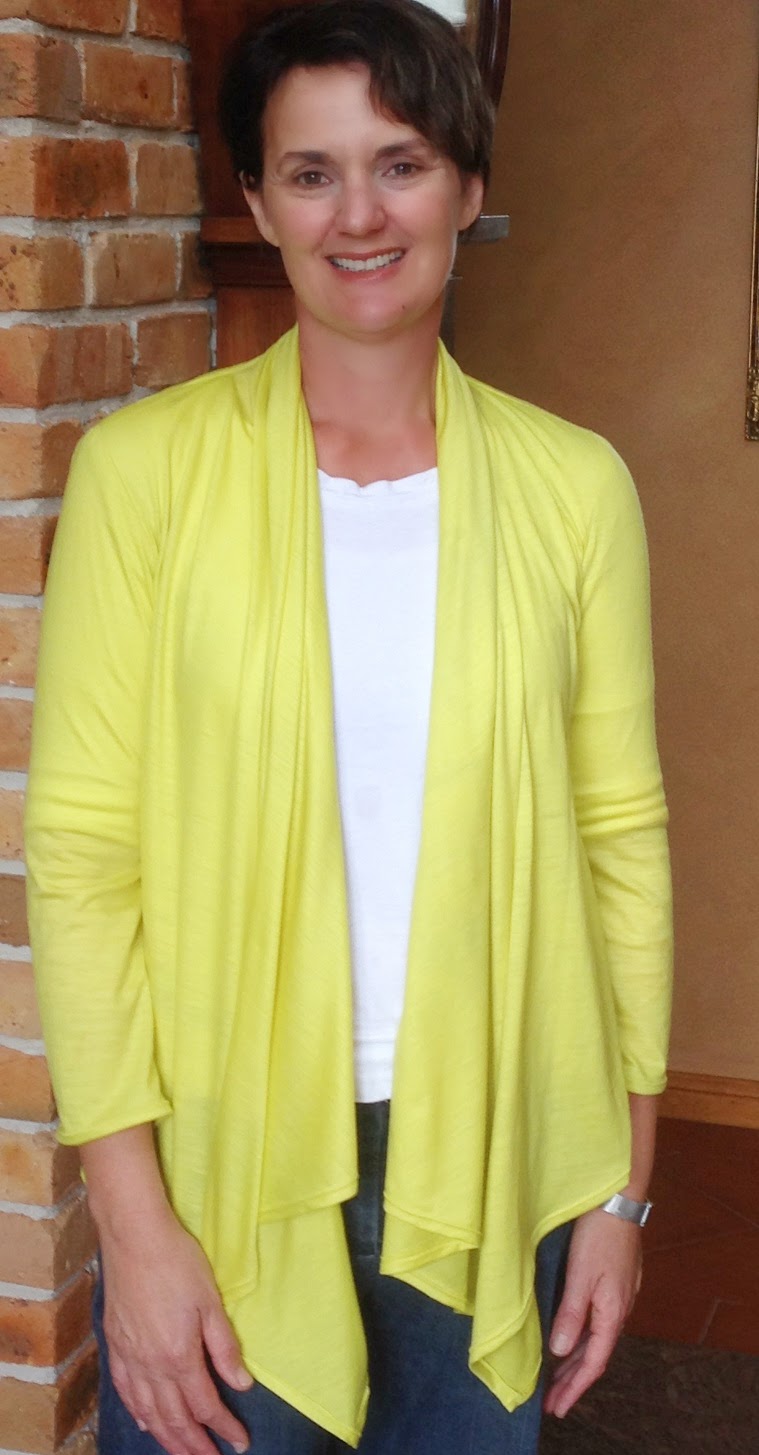 Simplicity 2603 is a cardi-wrap pattern which was one of the Patterns of 2009 on Pattern Review. I've made two of these in merino knit before in pre-blog days, and I have worn them a lot. They are great indoors on their own, or outdoors as a layer under jackets. That waterfall effect at centre front gives the look of a scarf under a jacket. I understand the pattern in now OOP, which is a bit sad. It's a cornerstone of my winterwear.
So this is Number 3. I made View D of the pattern which eliminates a wide cuff, and has a less flamboyant "waterfall" than View A. I have made both View A and D before, and while you are able to arrange the waterfall in all sorts of ways, the fact is I never do, and find the extra volume a bit irritating. So View D it is.
The fabric was purchased back in April from Tessuti. Tessuti called the colour Citron. You could call it chartreuse. My daughter took one look and called it Pine Lime Splice. If you are not from Australia or New Zealand, this is what I'm talking about.

Yeah, it's a bit bright, but I really like colour, and crave it in winter when it seems to be black and grey as far as the eye can see. Anyway, I bought this colour with the thought of making a Renfrew with the cowl, but chickened out. I decided I needed to break up that colour near my face. So a cardi-wrap it is. 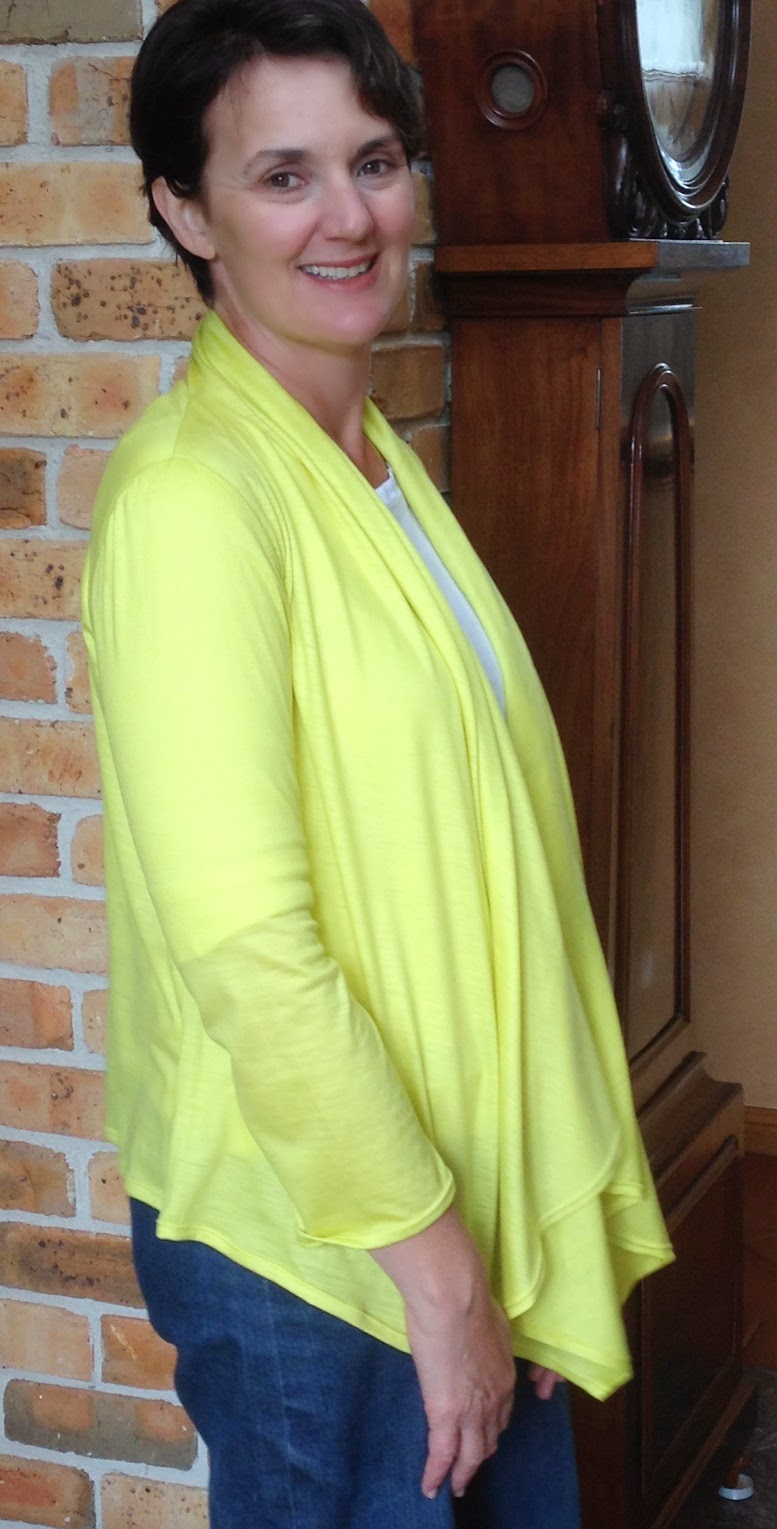 I love my cardi-wraps. They are an easy sew, although the hems are a bit fiddly. And they do a lot of duty, for both casual and more dressed up occasions.
There will be more...
cardi-wrap Made by Me Simplicity