January 18, 2015
After the Pine-Lime Splice merino cardi wrap, and the Orange Fanta Style Arc Harper jacket in 2014, here is another junk-food themed make from 2014:  another Liesl + Co Bento tee in Licorice Allsorts chevron stripe. The fabric  was bought from Tessuti online a few months ago. 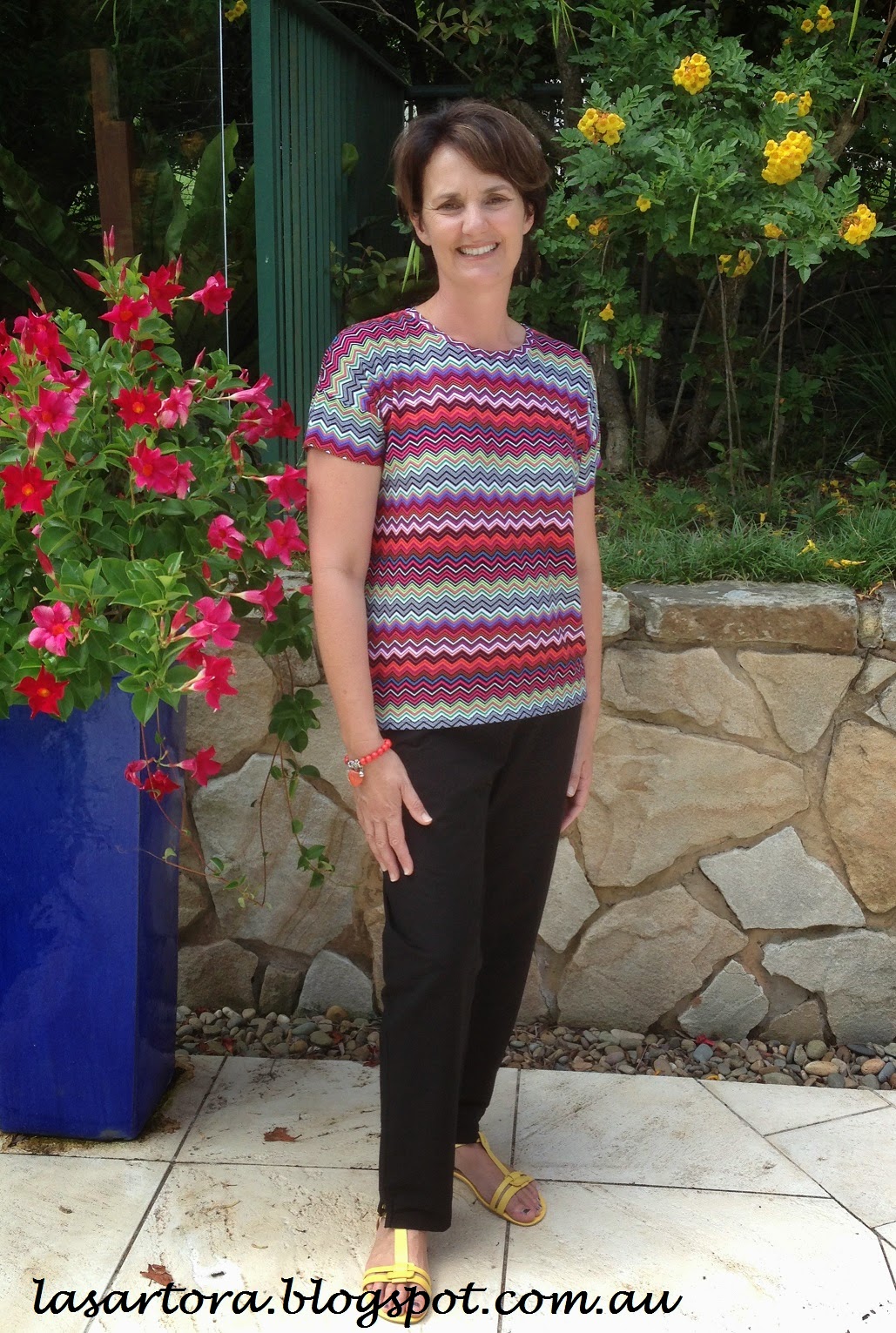 This my second go at this tee. The first,  striped pocketed version I blogged here. This is a simpler version, without pockets.
The only hiccup with this project is that I only noticed that the stripe runs with the grain when I came to cutting out. Why would they print with the stripe going lengthways? Mysteries! Anyway, did I want vertical chevron stripes on this tee? No. So I just cut it out with the grain going horizontally, which may or may not affect the wear. Time will tell.
Altogether, this is a quick serger project, done in about 90 minutes from go to done. And the sewing-time:wear ratio has already been gratifying. 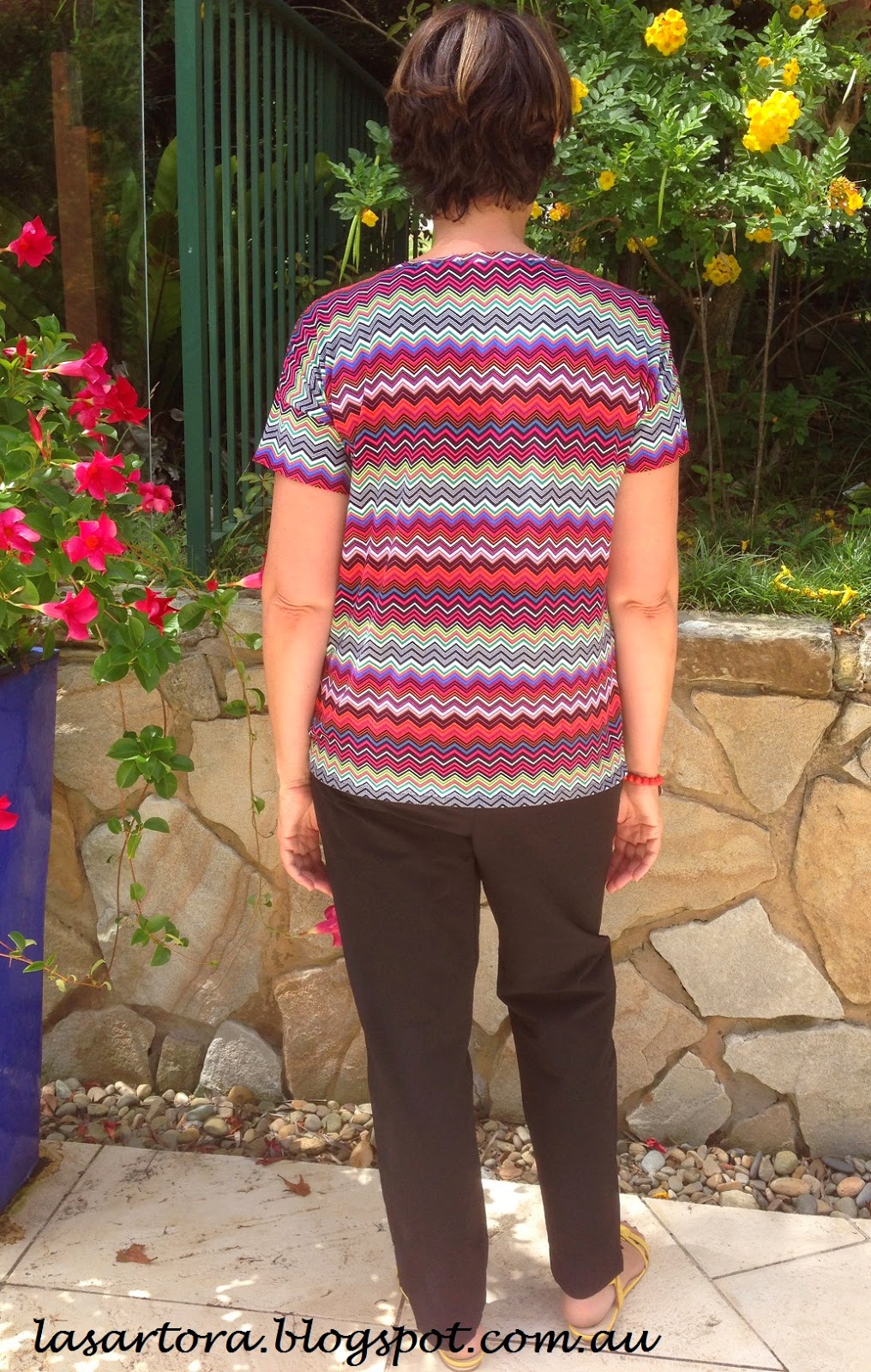 While I had black thread in the overlocker, I finally got around to sewing these pants that I cut out months ago. Another quick project, I don’t know what took me so long to get around to it.
I drafted the pattern from my sloper, added an elastic waist, and vents at the side hem. The fabric is a stretch bengaline from Spotlight. I had a similar pair of RTW pants that I wore until they met  their end after an encounter a too-hot iron.


Probably won’t be wearing these pants too much in this tropical-hot weather we’ve been having lately. Truth be told, I’m not a huge fan of bengaline – it has a plastic-y feel that I can only tolerate if it is coolish. But the stretch does have its advantages,  which outweight the less-than-perfect tactile qualities of bengaline.

After a good six weeks away from the sewing machine, I've just started my first project for 2015 - a dress I promised for my daughter before Christmas. I had no choice. Time was passing, my daughter was looking at me beseechingly. I just had to make a start, even though my enthusiasm has been at a low ebb. So I've moved my sewing machine to the little used dining room downstairs. My sewing room is in the loft of this house and it has been getting really hot in the afternoon and evening, my main sewing times.  Hopefully this move, along with the momentum of actually sewing something will help me restart my sewing energy.

Liesl + Co Made by Me pants tops