Ghost of Burdas past

One of the nice things about sewing for myself has been the chance to reconnect with Burda magazine. As a child, and into my teenage years, I looked forward to each new Burda with as much anticipation as I do now. My mother bought nearly every issue through the 70s and 80s, and I would pore through each one and point out the patterns I liked, which Mum would then make up for me. I loved Burda Moden as it was then (there was also another magazine Neue Mode, which seems to have slipped into oblivion over the years).Yesterday I was at my parents' place. Nosing through my mother's craft magazine stash (which between Australian Stitches, various quilting and knitting magazines is mammoth) and came across two ghosts of Burdas past. 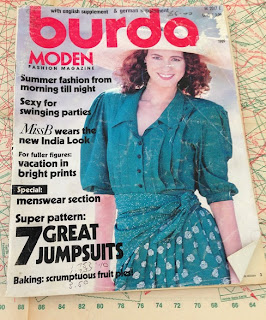 Here is July 1989. In those days, Burda was entirely in German, except for the front cover and an English supplement for the pattern directions. Check out this cover including the promise of "s*xy for swinging parties". Heh, I bet that translation wouldn't get through now. And jumpsuits have been with us like, forever. 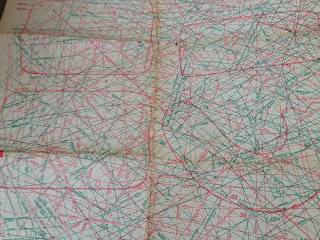 If  the pattern sheets on Burdastyle these days give you conniptions, get a load of this spaghetti junction. Yep, you really had to want to sew up these patterns! 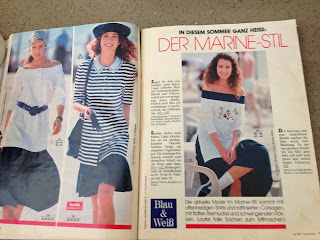 Now to the patterns. Some cray-cray (to use my teenage daughter's parlance) takes on marine style. 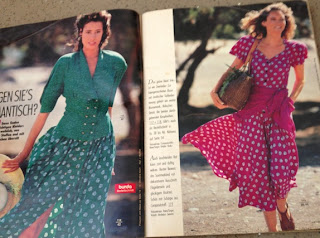 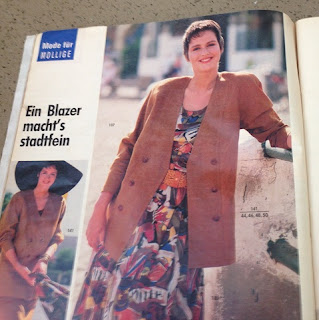 And yes, if you had any doubt that shoulders were big in the 1980s, here was a pattern to put those doubts to rest. This jacket has all the 1980s hallmarks..big shoulders, slouchy, pushed up sleeves, double breasted and ending at your widest point. Urgh. 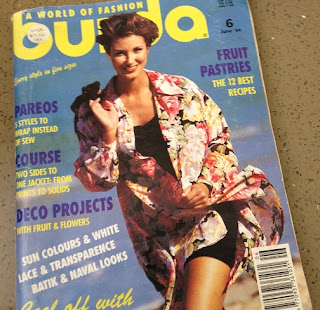 By July 1994, Burda Moden had become Burda A World of Fashion, and was now entirely in English. This meant that one of my favourite pastimes (translating the German into English with my non-existent language skills) become a thing of the past. 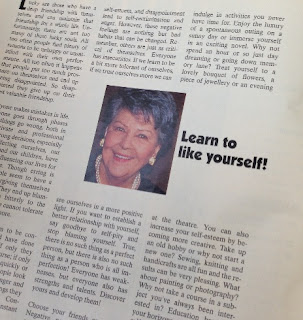 It meant, though, that we got to have the benefit of Aenne Burda's (the founder of Burda) homespun wisdom every month.
This story has a tragic footnote. You might be wondering what happened to all those Burdas? Well, Mum boxed them up and left them in the garage in the early 90s during one of their renovations. And guess what? MY FATHER TOOK THEM TO THE TIP! Yes, the marriage survived that debacle. Mum and Dad just passed their 48th anniversary. I don't know if I would have been as forgiving!