January 11, 2015
I haven’t been near the machine much lately so it’s time to delve into unblogged projects from 2014, while I try and kickstart the mojo for 2015.
Back in February 2014 I made my second Maria Denmark Edith Dress, using the very last of some very fabulous chambray look cotton I bought at Tessuti a long time ago. I’ve waxed lyrical about that fabric before on the blog, and will do so again – it was great stuff!

My first make with this fabric was a Simplicity 2246 Lisette Traveler shirtdress, in pre-blog days. Here’s my very first review on Pattern Review. I've written in that review that I had plans for another dress from this pattern, which never eventuated. Theoretically, I thought this would be perfect for me, but in practice it sat in my wardrobe – I probably only wore it twice. I think this because this dress is straight, with a belt being mandatory to give it some shape. I never found the right belt, and even if I did, I find belt-wearing problematic and uncomfortable with my short-waistedness. The collar was also a bit rough and ready.
The Edith, another shirtdress but with more shaping, was a better choice for me. 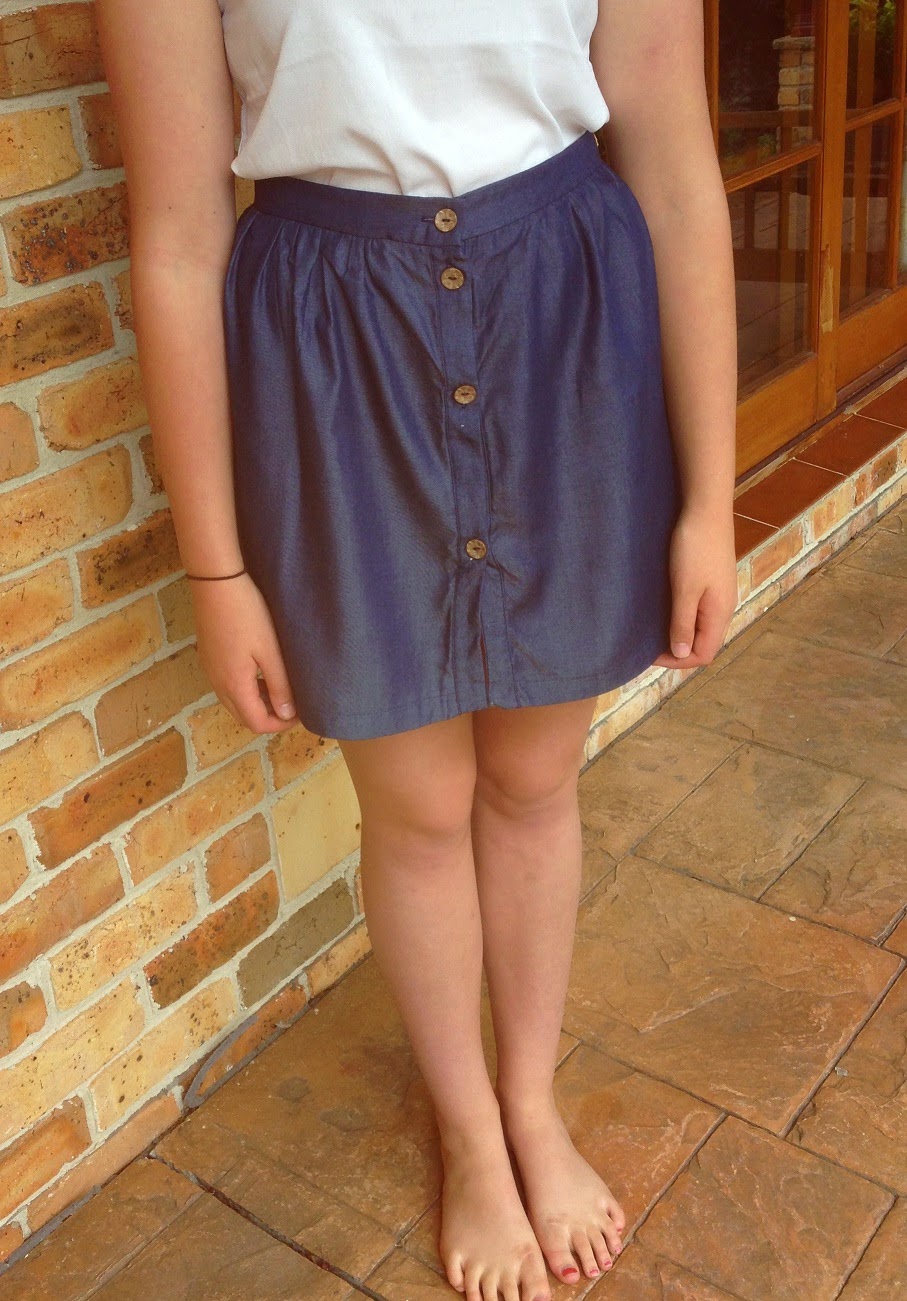 (Amelia has placed an embargo on her head for this post, because she just didn't feel like brushing her hair)

I just did not wear this dress so it was a prime candidate for a wardrobe cull. First I cannibalised the buttons and put them on the Edith. And rather than charity shop the dress and farewell that amazing fabric forever, I decided to remake/remodel some of the dress into a button-front mini skirt for Amelia.
This was simply a matter of chopping off the bottom 55cm of the dress, gathering and making a waistband out of the last little remnant I had left. Then I made another buttonhole at the bottom of the skirt. Done.
I’ve remodelled the top half of the dress but still need to find buttons before I can blog it.


Meanwhile, would anyone like my used (traced not cut) Lisette Traveler pattern? I really like the style, just not for me, it could be yours though. Let me know by Friday this week. If I get more than one taker by then, well, you know the drill.
giveaway remake/remodel