October 10, 2015
One of the most worn items of clothing in my wardrobe is a RTW  light wool cardi, that after seven years of constant  wear even I had to admit, was looking pretty sad. I have been in denial about this for a while, because I love that cardigan. There’s nothing special about it stylewise- just a V-neck cardi that hit me below the hip, but always seemed to be in the equation on cool-ish days.
So I had to replace it, but unlike seven years ago, I now have the skills to make one. I used some merino knit I bought at the Fabric Store a month or two ago.  For the pattern, I chose Style Arc’s Cosy Cardi which is a near-identical pattern to my RTW version.   The only difference is that the RTW cardi has a button band, whereas the Style Arc has a facing that is topstitched down. 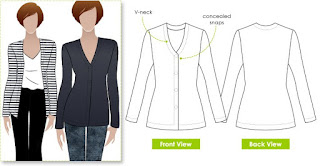 I compared the measurements of the pattern to my RTW cardi. They were almost identical, except for the pattern being longer in body and sleeve, which was fine by my calculation. So I decided to cut this pattern with not one alteration. None. How many times have I been able to say that? I reckon I could count them on one hand. 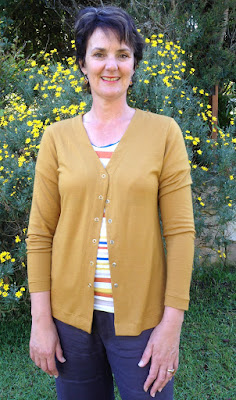 This is quite an easy sew, but getting that facing topstitched down nicely turned out to be a bit of a challenge. On my first attempt, I started at the bottom of the left side, continuing around the back, and down the front right side. The left side was nice and flat, the right was horribly twisted. Yuk. So I unpicked the topstitching to the shoulder seam and tried again, this time carefully pinning. Marginally better, but still not great. I was starting to wonder whether I’d cut the right facing off grain, which would have meant next stop: Waddersville.  Trying not to pay any attention to this scenario, I unpicked the second time. (An indication of how bad the twist was, because I will do anything to avoid unpicking stitches in knits)  For the third attempt I hand basted twice, on either side of the topstitching line, and THIS time, it worked to my satisfaction.  I also sewed upward from the hem on the right side, and I think this helped.
The pattern specifies snaps, which I went with even though I am not a big fan of snaps. See that top snap? Yeah, it came apart when I took the cardi off. Is it user error, or are Birch snaps just generally rubbish? Probably a bit of both. So those snaps will be purely decorative from now on, and if I make this again, I’ll be using buttons and buttonholes.
Apart from the snap thing, I’m really happy with how this has turned out. It’s not my RTW cardi – I think it’s better. The knit is better quality, the sleeve and body length are just what I wanted. So all in all, after wrangling that facing, a successful make. 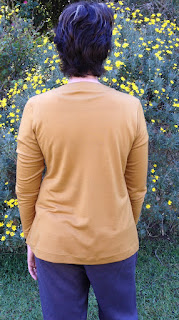 Swallow update:
Four swallows have been born in the nest-above-the-front door. This week, the swallows have been kicked out of the nest, have put their L-plates on, and have been learning to fly. It’s been so amusing to watch them figure out how to land. A couple of times, I’ve heard thuds against the windows, as the swallows have misjudged a landing. Here’s one taking a breather from kamikaze flying on a ledge just outside the back door.  Photo quality not there, I know, but trust me they are extremely cute.. 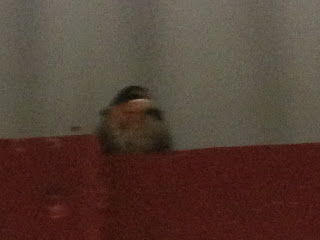 life Made by Me Style Arc wool